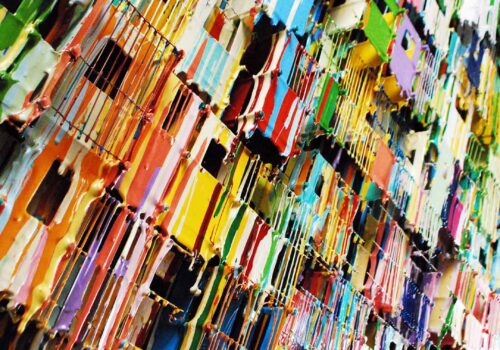 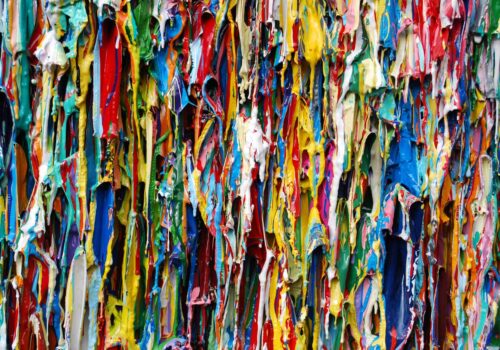 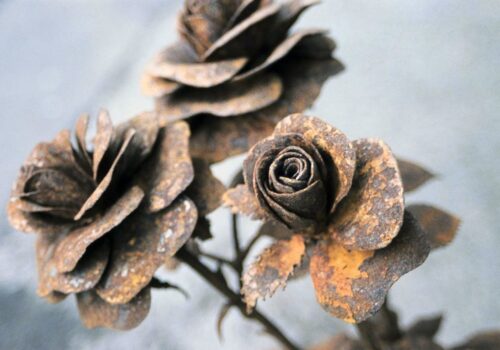 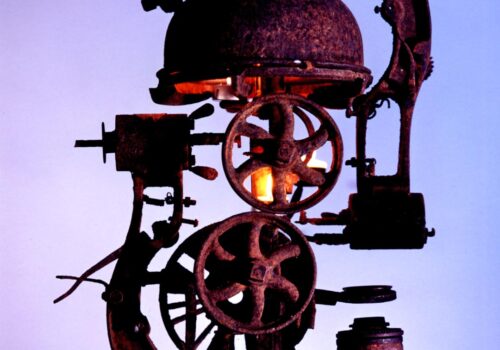 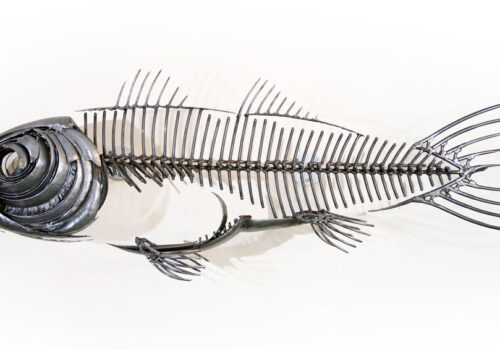 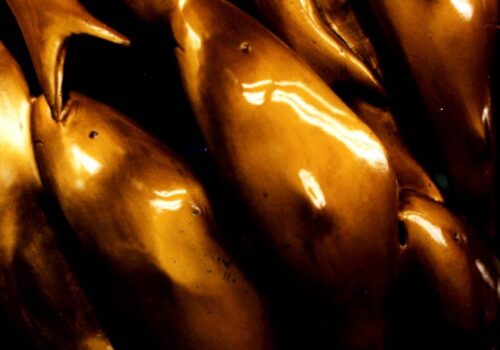 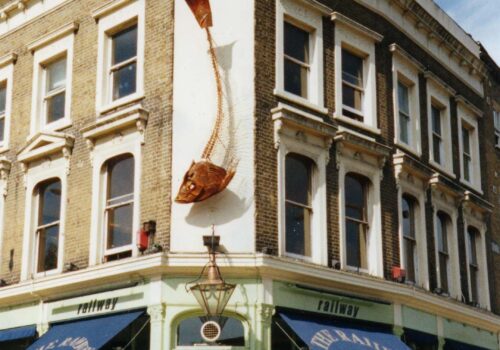 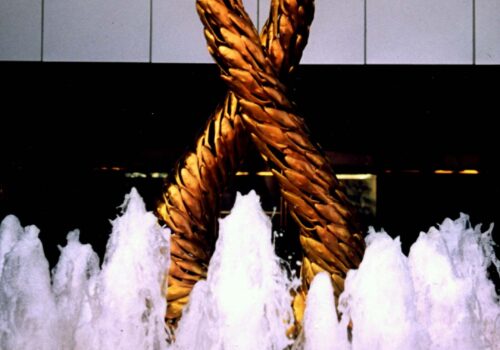 What the critics say...

With a career spanning over thirty years, West’s artwork is unrivalled in its style. He is recognised not only for his technical prowess, but also for his devotion to exploring the use of everyday objects and materials in contemporary art.

The gorgeous drips and bright tones of Russell West’s work challenge you to look away, forming beguiling patterns and accidental clashes of colour. Taking architecture as its skeleton, his works draw on “the chaotic nature of human living conditions that he has witnessed”.

I settled in Hong Kong in 1991 and I visited the city many times before it was demolished by ball and chain in 1993. As the huge concrete ball was raised and dropped on the city at a height of about fourteen stories, the inner honeycomb of rooms and streets was revealed. There was an impossibly complex labyrinth riddled with electric wires and plumbing systems. The city had been built by its inhabitants for their needs without a town planner or architect involved. It occurred to me that I was looking at a genuine self-regulating ‘man nest’.

I find the complexity and patterns found in densely populated slums fascinating; I believe there is much to be learned from the layouts and mend-and-make-do technologies of the people that dwell within them. For example, there is a phenomenon known as a ‘desire line’ where unofficial paths emerge as people choose the quickest route in a municipal park, or through a flowerbed in a supermarket car park, rather than the one laid down for them by town planners. Slum dwellings are constructed in much the same way, guided by practicality rather than aesthetics, evolving organically.  Doors and windows are placed where people would prefer them to be, rather than where architecture would place them.

Through photography, drawings and sculpture I have attempted many times over the years to recreate what I first saw in Kowloon’s walled city, and later in India, the Philippines, and other parts of the world. The process I settled upon is the best way I have found to represent what I saw in these slum neighbourhoods.

I use paint to produce solid planes of colour, to represent walls or signage. Once in place, the paint continues to move, dribbling serendipitously downward until it dries. It amuses me to think that at the end of every day, after locking up my studio for the night, my paintings continue to build themselves on their own in the dark in full colour, creating their own desire lines.

Q1: Are 3D wall art sculptures like Paint Series paintings too heavy to be hung on wall?

Q2: Does Russell West only specialise in 3D wall art sculptures in UK?

His present focus is on Paint Series 3D sculpture wall art.  However, Russell West is also a talented metal sculpture artist.  He has created many metal sculptures including a 2.5m bronze sculpture.  He is based in U.K.

West shows his artworks at various art fairs including AAF and Context Art Miami.  He also exhibits at his representative art galleries in London, Paris and Belgium.

Yes, you can. Some of Russell West’s artworks are exhibited at art fairs in America. You can just contact us to get the details. Otherwise, we can arrange to send over from U.K.

Q5: Are the Paint Series 3D wall art for sale for office use?

You can hang the paintings anywhere you like! Russell West’s Paint Series paintings are perfect 3D wall art for office. From a large corporate space to small home office. The bright colours would create a positive atmosphere.